When you join the Supermelon Enterprise user, you can access this page. You are currently authorized to access Ready to Ship products. 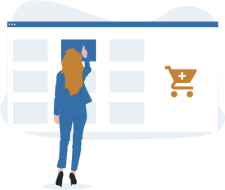 When you join as Supermelon Enterprise user, you can access this page. You are currently authorized to access Ready to Ship products only.

The trade war between the US and China creates new ways of avoiding customs duties.

After passing goods through a third country, Chinese exporters are starting to switch and falsify codes that identify imported goods as a means of evading the tariffs imposed by the USA's president.

One day in June, seven months after the United States imposed a high import duty on timber from China, a wood importer from Oregon received a call from a timber supplier who asked him if he wanted to get Chinese plywood without paying customs instead.

“How will this be done?” Asked the importer David Weiss. The products carry an identification code that has been tested by US customs agents. "Do not worry," the supplier replied. The solid tree will not contain its usual markup and will be moved under another markup.

Each product imported into the US carries a ten-digit code called the HTS code, and there are only 18,927 such codes. This provides a uniform language that bridges different markets and identifies products in all their diversity.

In a world of rising customs, the code also has another function: to avoid customs duties. The code-forgery business is expanding along with the tariff increases, hampering the US effort to protect domestic businesses from foreign competitors, importers, customs agents, trade lawyers and transport agencies.

When the trade conflict between the world's two largest economies expands, the counterfeiting of codes begins to compete with the transfer of goods through a third country as a means of evading customs duties

After President Trump ordered a 25 percent tariff on steel in March, steel parts from China were shipped to the United States under turbine code, said Timothy Breitbill, an office lawyer specializing in the wrong classification of goods. "Decreased by 11% year-over-year, while imports of electric propulsion kits increased by 121%.”

Diamond cutting blades imported from China are subject to 82% customs clearance because of a previous US Department of Commerce ruling. In July, according to customs data, two Chinese-controlled importers from California tried to evade these customs by classifying the polishing blades as grinding stones.

In the South China Sea, which is laden with shipping lanes, a strip of small countries has become the center of vibrant commerce that supports China's evasion of US customs. From Vietnam to Singapore, shipping hubs, most of which see China as their biggest trade partner, have sprung up to help Chinese exporters.

Freight agents are abundant in Penang, an island off the west coast of Malaysia. They are located between stores in shacks, as well as office towers and industrial parks. A Chinese cargo invoice contained the phone number of a local agent as an advertisement for a successful US evasion method. The same agent runs a small house near the entrance to a suburb of Georgetown, the largest city in Penang.

In Malaysia, such commercial agents are called "BL agents", the acronym of bill of lading, the bill of loading port. These bills are provided by the Chinese shipping company to customers who wish to conceal the genuine Chinese port of origin of their produce.

"I'm not saying it does not happen," said Jalaluddin Haroun, director of Malaysia's Chamber of Commerce. "It could happen, but in Malaysia it's something we're trying to supervise, and our customs do not compromise on this issue."

Be in-the-know on top international trade news and trends.

Delivering the latest on upcoming technologies, news, and tips on how to better communicate with your manufacturer.